I get odd things in the mail from time to time. Old cookie tins of buttons, bags of feathers, a bag full of shimmering pieces of mica originally meant for making 1970's chandeliers, you get the idea. Several months ago a box full of small, bisque-fired ceramic, stylized skulls arrived from a friend. She had won a very large quantity of them in some sort of giveaway and offered them to anyone who wanted them. I put up my digital hand and so they appeared on my doorstep. I had no idea what to do with them but had faith that when the opportunity arose, they would find their purpose.
That purpose was revealed mid-January.
They became the bases for my puny protests.

Each is transformed with a bit of orange paint, a tuft of fake-fur, a permanent marker, and a desire to make a small but persistent protest. I began placing them around my local area, always on public property. Three weeks later I began to document them.
Last week I began to take one with me when I go outside of my neighborhood. 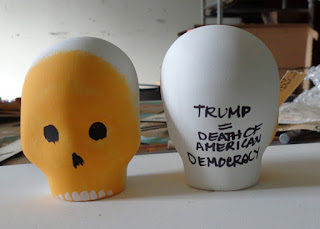 Here is one awaiting its tuft of hair.

They have evolved a bit visually. The slogans on the back vary but the basic sentiment is to love the USA and resist Trump. 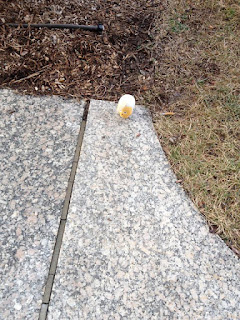 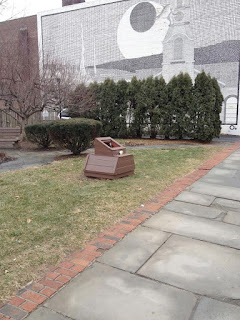 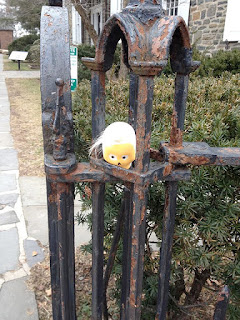 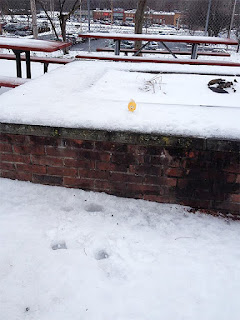 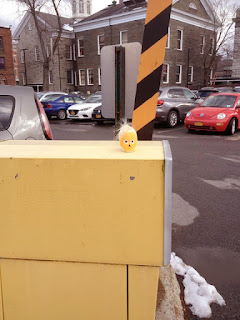 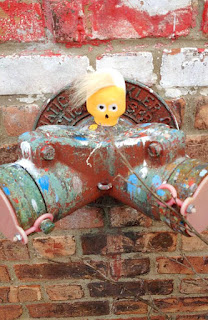 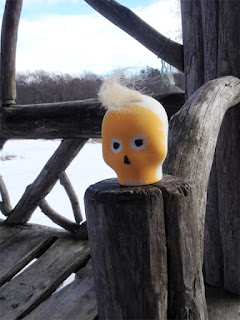 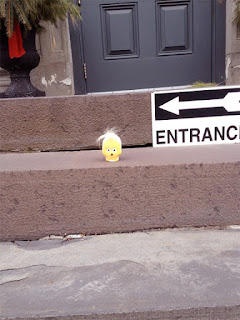 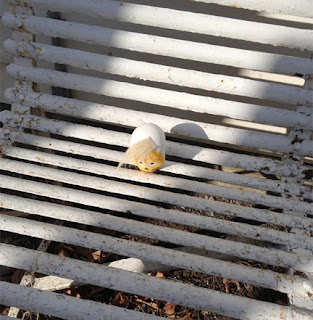 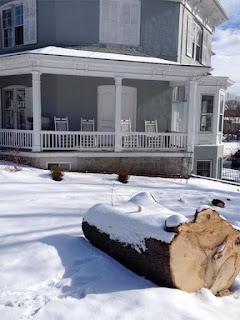